Iconic Arecibo telescope in Puerto Rico will be decommissioned

Iconic Arecibo telescope in Puerto Rico will be decommissioned

In a major blow to the astronomy community, the National Science Foundation announced Thursday it will begin plans to decommission the famous 305-meter telescope at the Arecibo Observatory in Puerto Rico.

For 57 years, the telescope has been an iconic tool used to explore the cosmos and been at the fore of astronomy, planetary, solar system and geospace research.

In recent years, however, it has been battered by hurricanes and faced new funding hurdles. Most recently, new cable breaks have threatened its stability.

The NSF said that the decision to decommission it was made after multiple assessments from third-party engineering companies that found the telescope's structure faces long-term stability issues and the cables may no longer be able to carry the loads they were designed to support.

Moreover, the NSF said these assessments warned that repair attempts would likely put workers in danger. 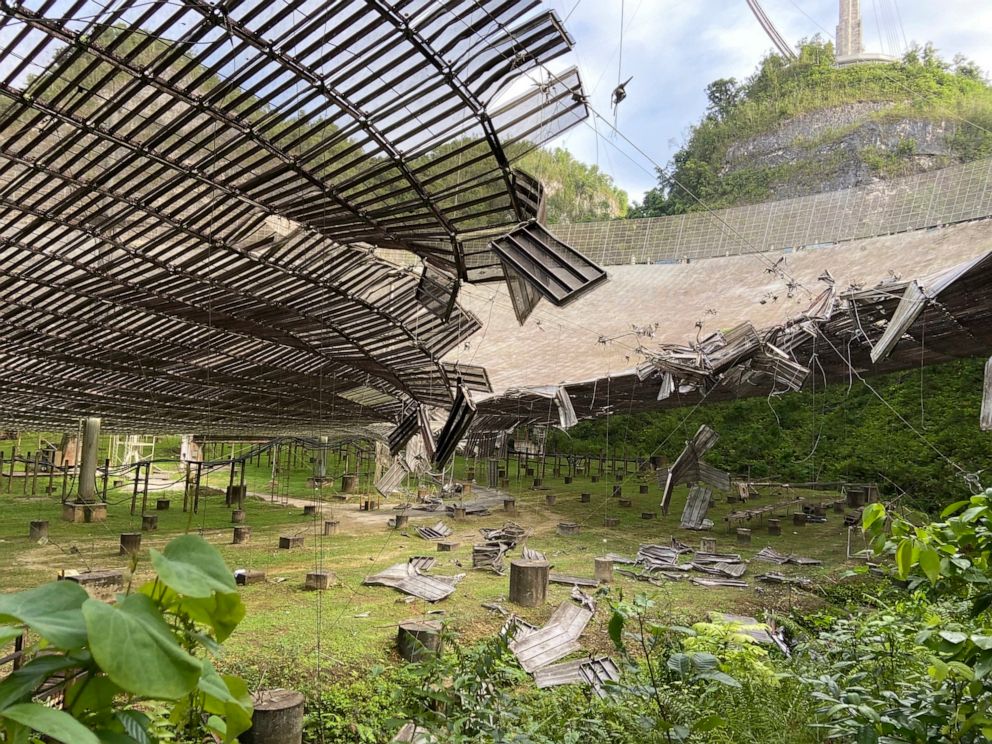 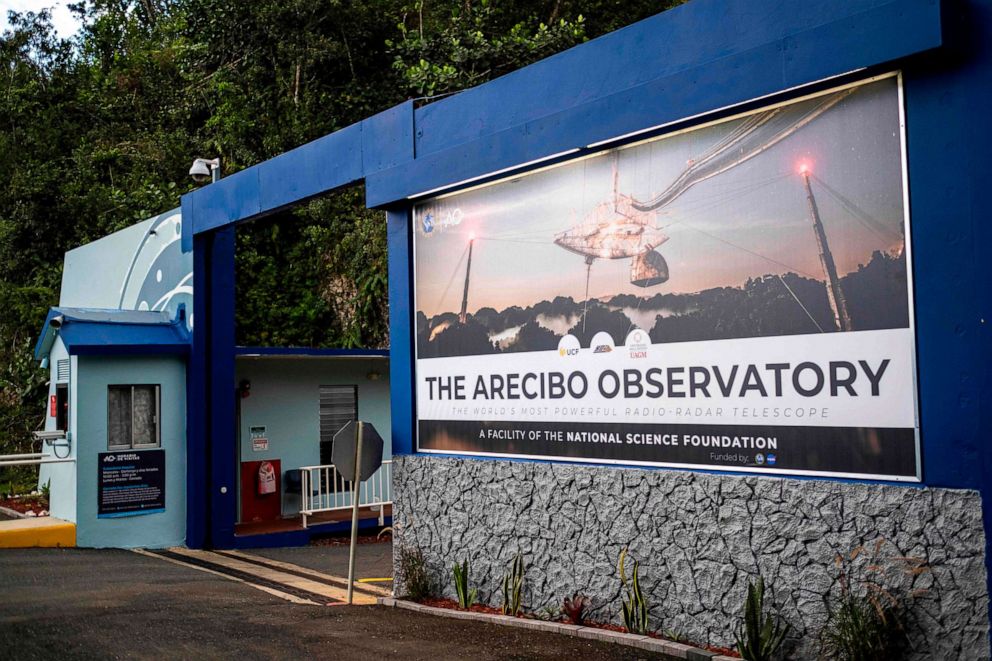 The main entrance of the Arecibo Observatory is seen in Arecibo, Puerto Rico on Nov. 19, 2020.

"NSF prioritizes the safety of workers, Arecibo Observatory’s staff and visitors, which makes this decision necessary, although unfortunate," NSF Director Sethuraman Panchanathan said in a statement. "For nearly six decades, the Arecibo Observatory has served as a beacon for breakthrough science and what a partnership with a community can look like."

"While this is a profound change, we will be looking for ways to assist the scientific community and maintain that strong relationship with the people of Puerto Rico," Panchanathan added.

Ralph Gaume, the director of the NSF's Division of Astronomical Sciences, added that University of Central Florida, which manages the observatory, pursued "every possible option to save this incredible instrument."

Until the assessments from independent engineering companies came in, "our question was not if the observatory should be repaired but how," Gaume said. 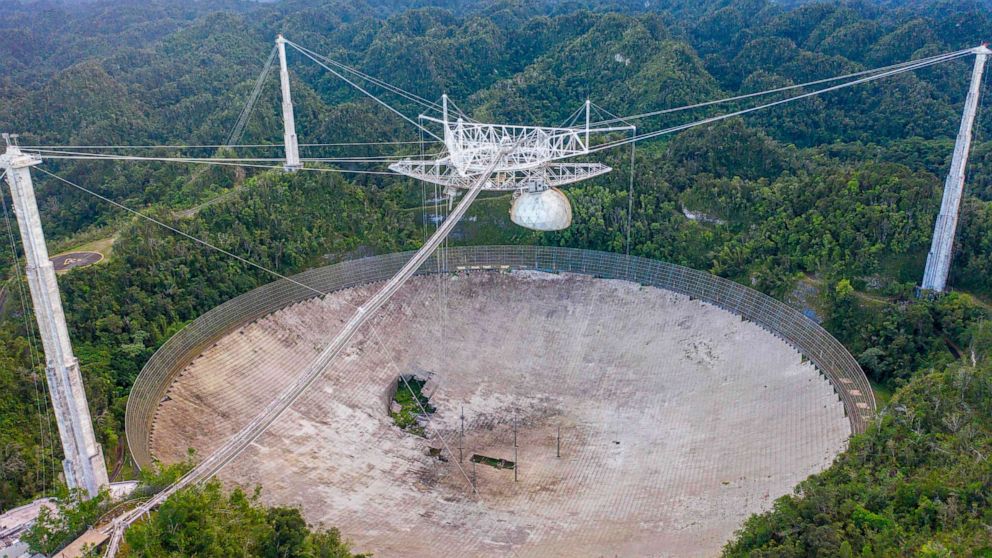 This aerial view shows a hole in the dish panels of the Arecibo Observatory in Arecibo, Puerto Ric...Read More

"But in the end, a preponderance of data showed that we simply could not do this safely," Gaume added. "And that is a line we cannot cross."

Beyond the scientific community, the telescope has even besotted Hollywood, making appearances in the 1997 film "Contact," starring Jodie Foster, and the 1995 James Bond film "GoldenEye."