The Cayman Islands-based Binance Holdings Limited has filed a lawsuit in the state of New Jersey against Forbes Media LLC for defamation over a story last month that purported to reveal regulatory evasion tactics employed by the global cryptocurrency exchange. Binance alleges “millions of dollars” in losses as a result of what it describes as a “false and misleading” article. 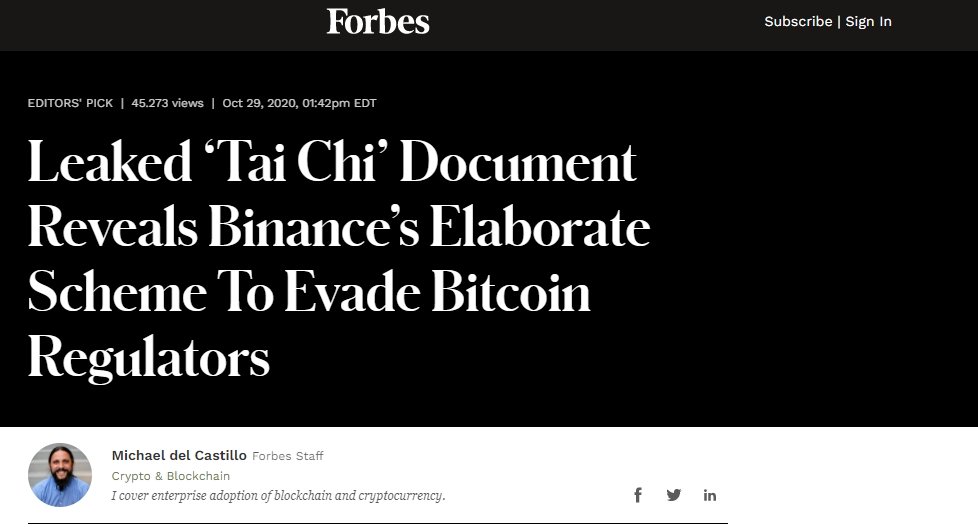 On October 29, Forbes published a report by writer Michael Del Castillo and Jason Brett that claimed major crypto exchange Binance was “intentionally” deceiving US regulators, the largest cryptocurrency exchange in the world by trading volume, is currently being investigated by the Federal Bureau of Investigation (FBI) and the Internal Revenue Service (IRS).

The report stated that:

“Forbes has learned that the Tai Chi document is currently circulating among law firms, accounting firms and others associated with Binance, and there is speculation that the FBI and the IRS may be investigating. When reached by telephone, an FBI agent in the Washington, D.C .field office initially denied knowledge of Binance and hung up. Later, the agent formally issued a “no comment.” 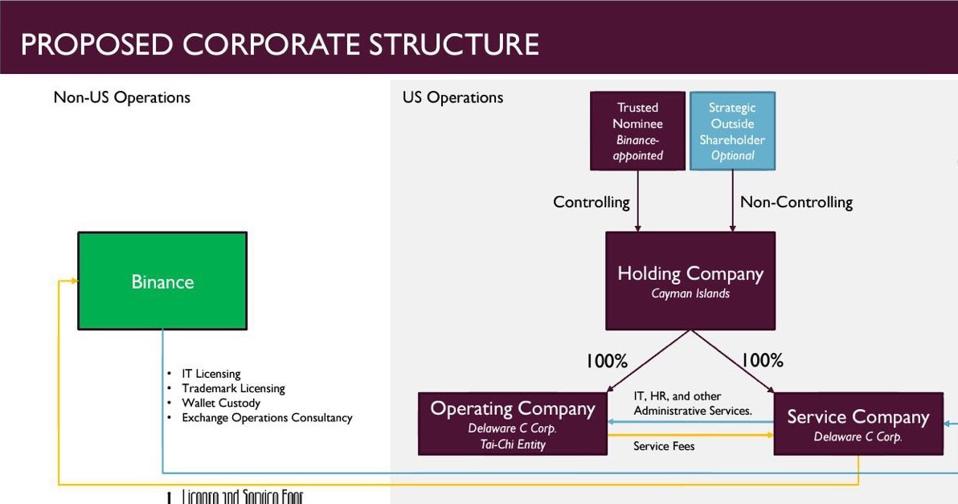 One of the slides from the leaked slideshow, purporting to show how the “Tai-Chi Entity” could be connected to Binance | Source: Forbes

In the suit, filed on Wednesday, Binance Holdings Limited declares that “The Story contains numerous false, misleading and defamatory statements about Binance.” The complaint continues to state that the company did not create the Tai Chi document and has never implemented the scheme described within it. Binance also claims that Harry Zhou, reportedly the author of the document, never worked for the company.

“We want to assure the media that this suit doesn’t represent any threats to the reporting of Binance. We and any leading industry players need media to keep us accountable and reporting information to the public.” A Binance spokesperson told CoinDesk.